Being stuck indoors doesn’t have to stop you from seeing the most famous residences in the world! These impressive virtual castle tours will transport you, with an exclusive look at some of the most iconic architecture on earth.

And what’s even better about a virtual visit? The private tours means you get to enjoy these beautiful sites as the only tourist around! ?

Strap in for some armchair travel, and take a peek inside some of the grandest palaces on earth. These virtual castle tours will take you across England, Italy, France and beyond to explore Europe’s most amazing cultural landmarks!

Buckingham Palace is one of the most well known royal homes, serving as the London residence of the UK’s sovereigns since 1837. Any fan of “The Crown” knows that these 775 rooms have sure seen a lot over the course of history.

These days the palace is an administrative HQ of the Monarch, Queen Elizabeth II. It’s also the setting of many official royal events, and the opulent State Rooms at Buckingham Palace open up during the summer for visitors.

Take the Virtual Tour of Buckingham palace via this link

The opulent palace of Versailles has captivated our imaginations for years, known for its sprawling gardens, architectural grandeur and captivating history.

As a UNESCO World Heritage Site, the Palace of Versailles was once a hunting lodge of Louis XIII. Today it is one of the most visited cultural sites on earth. Be sure to check out the famous Hall of Mirrors for nearly 250 feet of beauty, and my favorite space: the glorious gardens.

Take a virtual tour to southern Italy to see the incredible Palace of Caserta. The royal residence was built by the House of Bourbon, and was used as the main residence of the kings of Naples.

As one of the largest palaces built in Europe during the era, the sprawling 18th century estate is complete with a some of the most beautiful gardens on earth. I love the immense waterways and statues there, and now you can enjoy them without having to hike (it’s quite a workout under the Italian sun ?)!

The shy King Ludwig II built his castle in this idyllic setting, as a place to withdraw from public life in 1886. The Neuschwanstein Castle was opened shortly after the King’s death, so that visitors can enjoy its unique beauty.

Known for inspiring Disneyland’s Sleeping Beauty Castle, Neuschwanstein is one of the most popular of all the palaces in Europe. Take a look around the fairytale retreat, where you can explore the breathtaking interiors without waiting in a single line.

Take the Virtual Tour of The Neuschwanstein Castle via this link

Known as the German rival of Versailles, Sanssouci was the former summer palace of Frederick the Great, King of Prussia. His vast estate in near Berlin is adorned with my favorite style of the period: whimsical Rococo.

Since the palace was meant for a relaxation, (not as seat of power) it was named after the French phrase “sans souci”, which translates as “without worries”. Go ahead and take a #carefree virtual castle tour yourself, and and see all the remarkable history inside those walls.

Take the Virtual Tour of The Sanssouci Palace via this link

The Drottningholm Palace is the best-preserved swedish castle, built in 1600. And today, it’s still the King and Queen’s permanent residence. Built on a beautiful island, you don’t have to hop on a boat to see inside this historic estate!

Inspired by the Chateau of Versailles, Drottningholm palace is known for the exotic Chinese Pavilion, and extravagant Palace Theatre. The unique architecture really showcases the changing tastes of monarchs over the centuries, making it a must see royal residence.

Take the Virtual Tour of The Drottningholm Palace via this link

The Kroměříž Archbishop’s Palace and Gardens are known as a Baroque masterpiece in Czechia. You can take a virtual castle tour, and see the influential interior decor and collections that make it so unique.

The complex grounds give Versailles a run for their money, and it was designed as a romantic park. The symmetry, and clever perspective makes you feel like you’re in a grand maze!

I hope you enjoyed this list of 7 virtual castle tours! If you’re in the mood to check out some other fantastic castles – check out my behind the scenes look at these other incredible european estates.

And for Netflix lovers, you can tours even more fantastic castles across the world without leaving your couch. Check out these 10 binge worthy netflix titles about palaces and gardens to feed your wanderlust!

« What To Pack For Italy: 10 Things You Need To Bring
Home Office Decor Ideas To Give Your Workspace A Makeover » 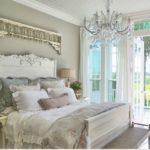 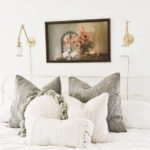 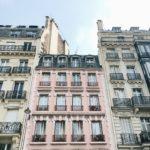 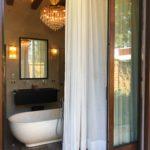 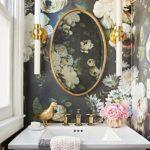