I’m not sure about you, but I could NOT wait to go see the live action remake of Disney’s Beauty And The Beast as soon as it came out. Being a die hard Harry Potter fan, I was so pumped to see Emma Watson reprise the role of my second fav Disney princess (Ariel is my homegirl).

One of the things I enjoyed most about the film, was the magical set design! Since I’d seen in previews that the Beast would be CGI, I didn’t have super high expectations.

Imagine my surprise when I found myself swooning hard over the quaint French village, and the intricate details of pretty much every scene thereafter.

If you’ve seen the film and are curious about the inspirations behind the enchanting locations, or wonder how to slice off a piece of the gorgeous French town in your own home, I’ve got a treat for you!

Beauty And The Beast Set Design

Instead of redesigning the sets exactly like the original animated feature, Sarah drew inspiration from several remarkable examples of 18th century architecture. Along with her team of over 1,000 production members, they constructed an impressive world that makes you feel like you’re smack dab in the middle of the French countryside.

The re-imagination of the classic film was a massive undertaking but stayed true to the classic period craftsmanship. The results are a thing of beauty.

I was surprised to learn that the sleepy village is actually named after the author of the original fairytale, Gabrielle-Suzanne Barbot de Villeneuve (say that five times fast). She wrote the fairy tale in 1740, roughly the same time period the film is set.

The design for  the 2017 version of Villeneuve, was inspired by the picturesque town of Conques, in southern France. As you’re watching, you’d have no idea that it wasn’t filmed in the real medieval village itself.

Though they considered filming on location, it made more sense logistically to construct the tiny town from scratch. Sarah Greenwood was able to recreate the charming provincial vibe on a backlot at Shepperton Studios, outside of London. Funnily enough the location isn’t far from where the Harry Potter movies were filmed, so obviously it’s a magical place!

The opening scene follows Belle through the maze of the town square, all vibrant and charming on a lovely June day. While she’s singing about how she can’t wait to split from her adorable surroundings, you get a full view of the cozy gingerbread-esque homes and shops.

Through the hustle and bustle, you can see the quaint little fountain in the center of the enchanting square. This watering hole, was inspired by the charismatic carved motif of the St. George’s Fountain, in Rothenburg Germany.

Belle’s home is a modest French provincial cottage, complete with a little vegetable garden. The cute country dwelling has a very steep pitched roof, a nod to popular beam work found throughout French buildings of the 1700’s. The home also has a row of magnificent glass windows, which suggests her family has an upper middle class status within the tiny town.

The film takes place during the rise of the Rococo style period. The delicate designs of Rococo swept palaces across Europe, and began to peak the interests of the French middle class.

During this period, home furnishings became more accessible to common people for the first time in history. The French middle class, known as the ‘Bourgeoisie’ enjoyed home decor pieces inspired by whatever was fashionable in French palaces.

At the time, mechanical clocks and trinkets were the all the rage among European aristocracy, and were exchanged as gifts among the crowns.

In the film, Belle’s father Maurice is an inventor, who specializes in these fanciful miniature creations. Inside Belle’s home you can see Maurice’s quaint little workshop, filled with items to sell at Parisienne markets.

These artistically engineered treasures were heavily modeled after the ornate inventions of renowned German goldsmith Johann Melchior Dinglinger. Throughout the 18th century, designers like Maurice would continue to replicate these chic mechanical trinkets, which were popular for years to come.

Beauty And The Beast Castle Design

The Beast’s extravagant castle has fallen into disarray, but bits of its original grandeur peek out from under the dust. The castle in both the animated and live action versions, are heavy modeled after the impressive architecture of the Chateau of Chambord.

Chambord isn’t just a fancy liqueur, it’s also one of the most stunning examples of French renaissance architecture around today. Its grandness also makes it the most popular destinations in the picturesque Loire Valley.

Belle’s room in the castle, can only be described as a Rococo daydream. Rococo was the organic, elegant, and free spirited younger sister of the popular Baroque style.

Also known as ‘later Baroque’, Rococo features lots of soft, shell like curves and darling asymmetric motifs. The playful pastel colors seen in this enchanting bedroom are a prime example of the lightheartedness of the Rococo period.

Since glass was an expensive and elegant way to decorate at the time, mirrored walls with a ‘window effect’ became a favorite of wealthy French royalty.

These mirrored “windows” looked so impressive that an entire hall in the Palace of Versailles is dedicated to their beauty. The Rococo style continued to gain popularity, spreading quickly throughout Europe to the Palace of Nymphenberg.

This elegant palace near Munich features a stunning hall, which is a dead ringer for Belle’s fancy dwelling in the film.

The set design does a wonderful job of showcasing the other important features of Rococo, in everything from the tapestries to the furniture. Even the singing ‘Madame de Garderobe’ is a vision of the dreamy French style. With soft pastel blue color, and regal gilding- she’s’ got all the ‘must haves’ for lavish furnishings of the era.

The Beast’s room on the other hand, is the polar opposite of Belle’s light and cheery living quarters. His room was designed to have a more dark and ominous style, in order to highlight his troubled past.

The large space is decorated with traditional Italian baroque furniture, and dark heavy tapestries. His room perfectly illustrates his aristocratic roots, and shows off the dark wooden designs, and fancy ornate carvings of Chateaus in southern France.

The Beauty And The Beast Castle Library

And of course, who could forget the room that took our breath away. Book lovers wildest fantasies come true when the Beast introduces his multi-story library, and gives Belle free rein.

This impressive space was inspired by the elaborate Biblioteca Joanina found in Coimbra, Portugal. The Baroque room in Portugal is filled with thousands of books, and the gilded cases seem to rise up into the clouds. For the movie, hundred of prop books were created to fill the shelves in the Beast’s astounding study.

Throughout the rest of the room, fascinating fixtures adorn the wall, and interesting trinkets keep your eyes entertained. It’s this room that brings the two of them closer together, and does a fantastic job of showcasing the grandeur of a well curated 18th century library.

The grandest room in the entire castle has got to be the ballroom, where Belle and the Beast share their first dance. The sweeping marble floor was actually inspired by the exact opposite surface inside a famous benedictine abbey.

Sarah Greenwood used the ornate ceiling of the Braunau Abbey in Germany as a concept for the long forgotten ballroom. The production team impressively constructed the intricate flooring with over 12,000 square feet of faux marble.

A cool little ‘easter egg’ in the movie is a noble nod to Walt Disney, with his initials ‘W.D’ featured in the center of the ballroom floor. And as for those impressive chandeliers? All 10 of these colossal crystal fixtures were modeled after the shining beauties in the hall of mirrors, at Versailles.

How To Recreate The Beauty and The Beast Designs At Home

The new Beauty And The Beast is not just an amazing film because of its timeless storyline, but because of the fantastic French Provincial, Rococo, and Baroque designs that bring the story to life.

If you’re wondering how you can replicate some of the Beauty And The Beast grandeur in your own home, check out these simple decorating tips inspired by the film.

French country is actually a pretty popular interior design style today, like a more European shabby chic. There are a few cool ways to incorporate this look in your home, which will give you the sweet French cottage vibes from Belle’s hometown of Villenuve.

One of the highlights of French country decorating is the use of repurposed windows, French doors, or vintage shutters as chic wall art. Get something that doubles as a mirror to add some functionality to this fun piece.

Next, add some fun French inspired decorative accents like a roman numeral wall clock with a fun flower motif. Finally, throw in a few burlap throw pillows with the classic faded print that screams vintage France, and you’ve got yourself a recipe for chic relaxation.

If you’re a big fan of the French country look, don’t forget to check out these “5 Easy ideas for a French Country Bedroom“.

Rococo motifs are still present in tons of modern design, and with the right color combinations you can achieve that light regal vibe in your own home. Get the grandeur of a bed fit for a princess, by adding a regal bed crown over top of your existing bed (or couch), and drape it with a soft pastel fabric.

Next, jazz up the space with a small chandelier and a set of golden wall sconces. Finally, finish it off with pops of pastel and velvety pillows for a Rococo vibe that’s a big part of Beauty and The Beast.

Get that chic Italian baroque style in your home by embracing the rich colors and textures of the period. There are a ton of unique ways to modernize the look with currently trendy fabrics. A home office or den is a great space to carry out this look.

Though I am always envious of those with space for a full on library bookcase wall, you can achieve the feel on a smaller scale with a chic ladder shelf. Dress it up in true Beauty And The Beast style,  by paring your favorite literature with a few baroque accents. A set of modern bronze candles sticks or a ornate decorative clock will do just the trick.

If a home makeover isn’t on the books, there is more than one way to experience the Beauty And The Beast. Pop on over to France where you can tour stunning chateaus like Chambord, and even spend the night in one!

I was surprised to learn that sites like Airbnb have an impressive amount of historic homes all over Europe! I loved pouring through them so much, that I found “The 15 Best Castles On Airbnb In Europe”. It’s full of beautiful properties all across the continent that will having you looking for your suitcases.

I am A HUGE fan of Airbnb, and I always check their properties anytime I need accommodations. So if you’ve been wanting to give Airbnb a try, here’s a free $40 in Airbnb credit when you sign up with this link!

And until then, you can get your fix of historic design inspiration, by following Flourishmentary on Instagram, and check out the ‘Palaces and Historic Building Design‘ board on Pinterest! 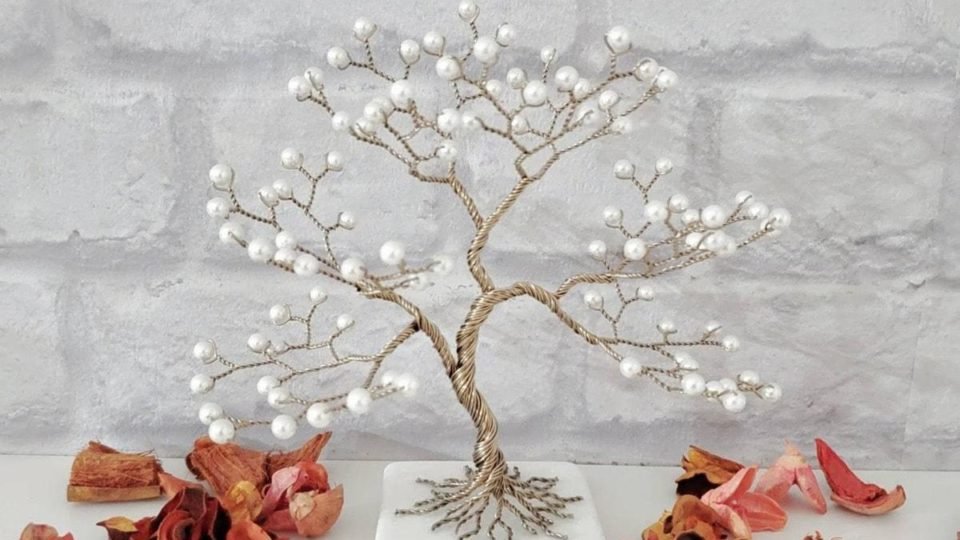 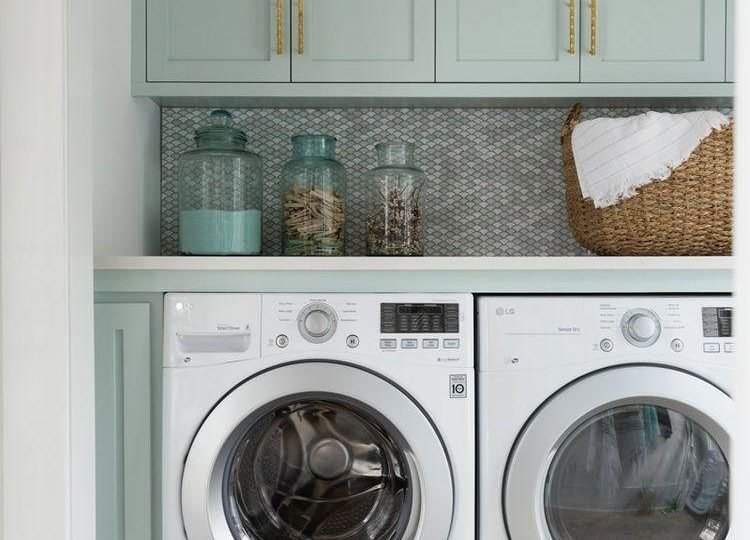 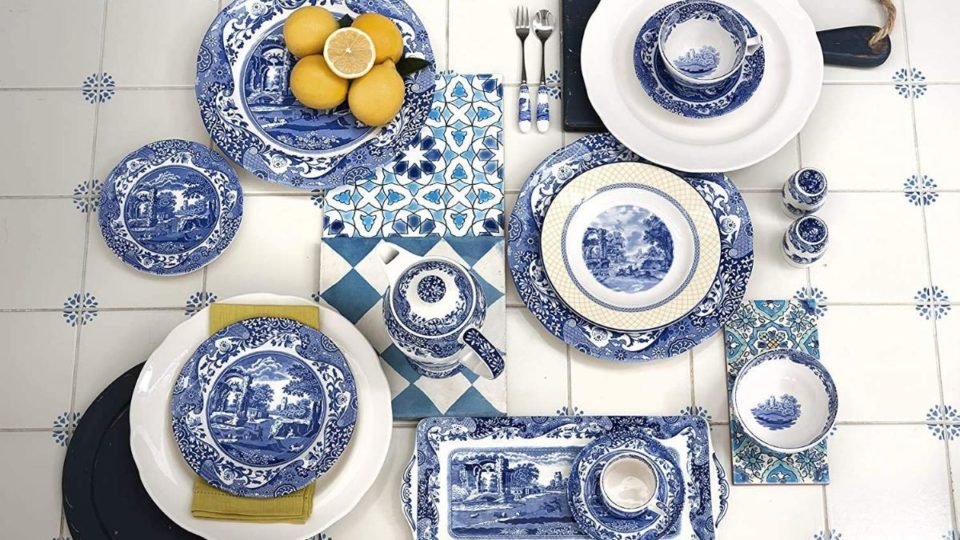 The Prettiest Blue & White Plates To Dine On 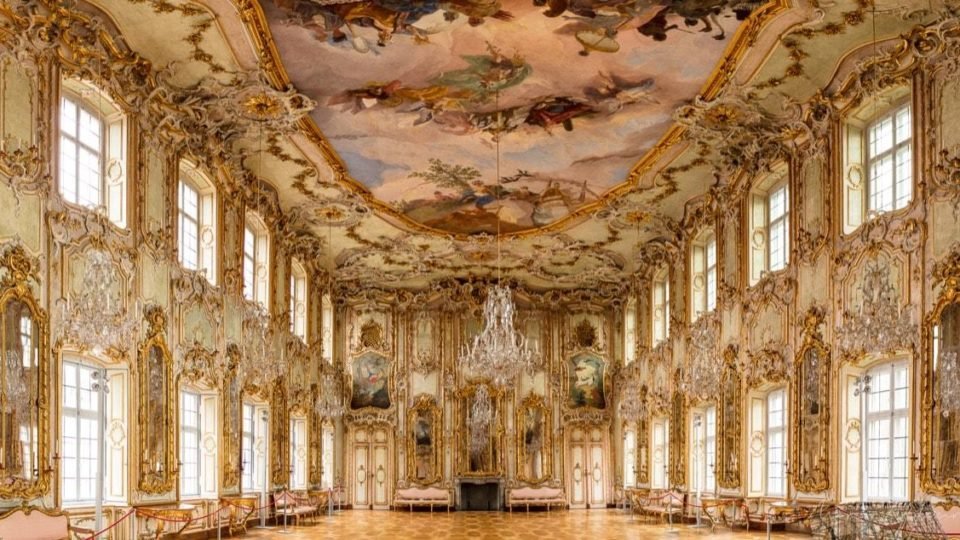 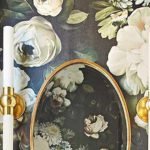